For this edition of ‘Flashback Friday”, as football draws nearer to bouncedown, we focus on the performance of North Beach as a club in 1981 rather than an individual team.

For the first time in its 17-year history, the club stretched its resources and boldly added a fourth senior team for what turned out to be a remarkable season.

The senior team finished minor premiers, but unfortunately lost the grand final to Scarborough, while the B-Colts and E—Division won premierships, the H Division were also minor premiers and the J Division was sixth.

That brilliant effort across all teams saw North Beach become the first “B” club to win the Champion Club mantle.

The seniors were engaged in a gripping battle with Scarborough in the grand final, trailing by just four points at three-quarter, but could not match their opponents in the run to the final siren, eventually falling by 32 points.

It was still an outstanding season and one that was rewarded with elevation to A-Grade and the club  has retained that standing ever since.

The successful E-Grade team that won back-to-back titles boasted the likes of Gary Taylor, John Lewis, Darryl Kerneghan and club icons Steve Cuzens and Rod Quayle, both of whom are life members of the club.

Below is president Brian Kiely’s summation 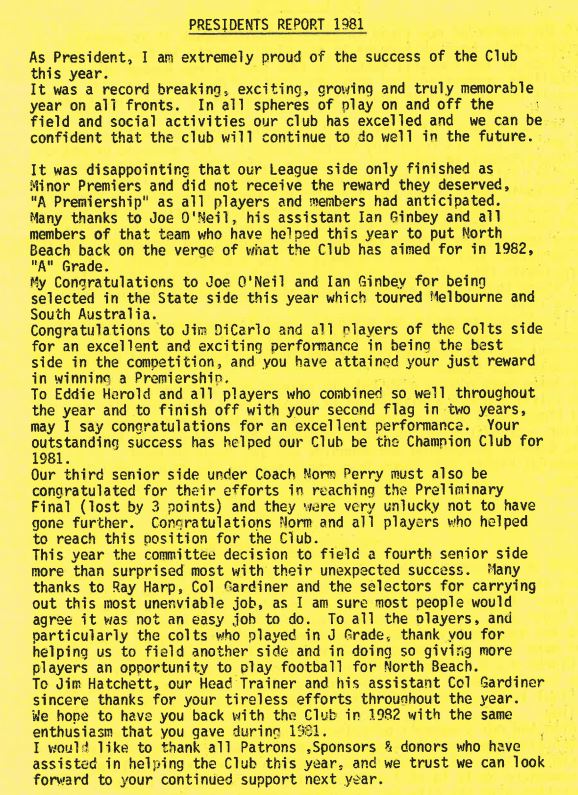 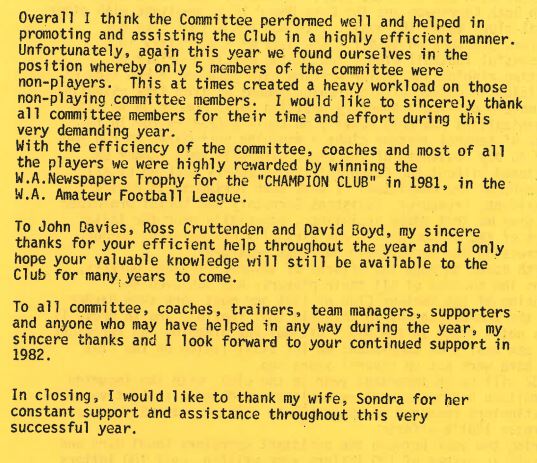