Legends mix it up with seniors 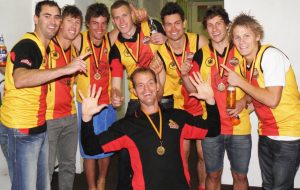 Two legends of North Beach combined to give the current senior playing group a timely change-up to pre-season training at the weekend.

Perkin’s business is part of the facility at the West Coast Eagles’ home base and he booked the community oval – the same dimensions as the MCG – for the boys to train. They then went through a yoga session in Perkin’s physiotherapy practice as well as a session on injury prevention and management.

After that it was a two-minute drive to the Laika Café, a business owned by Perkin’s long-time premiership teammate Josh McGinnity, where there was a vibrant mood as the players replenished after a solid morning workout. 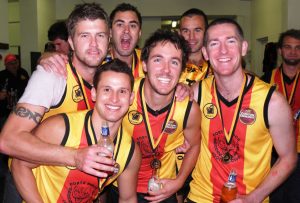