There is nothing like a premiership to create an ever-lasting bond. And tangible evidence of that came with the first team to taste success at North Beach.

It was in 1975 and the club’s colts team capitalised on an outstanding season with a near flawless grand final performance for a 22-point victory over Melville – 10.12 (72) to 7.8 (50). Forty five years have lapsed but they shill share a story over a shandy to recount a watershed day in Beach history.

The young Beach team controlled play in the first half, led by five goals at the long break and were never seriously threatened.

A strong midfield has always been at the core of good teams and this side boasted some rare qualities through captain Terry Johnson, who played in the centre, ruck-rover Steve Bombardeiri and wingman David Martino.

Bombardeiri, lays claim to kicking the team’s only goal in the third quarter, but doesn’t appear on the official sheet with a major to his name. Like most  successful teams, there’s always a little banter at the subsequent reunions with “Bomber” railing for a change to the record books.

Regardless of who kicked the 10 goals on grand final day, it’s a performance they will never forget and other strong contributors on the day included Mick Gordon, Kevin Bestall, Kieran Kinsells and Graham McGinn.

The team was coached by Bob Aitken and backed up the 1975 flag with another in 1976, defeating University. 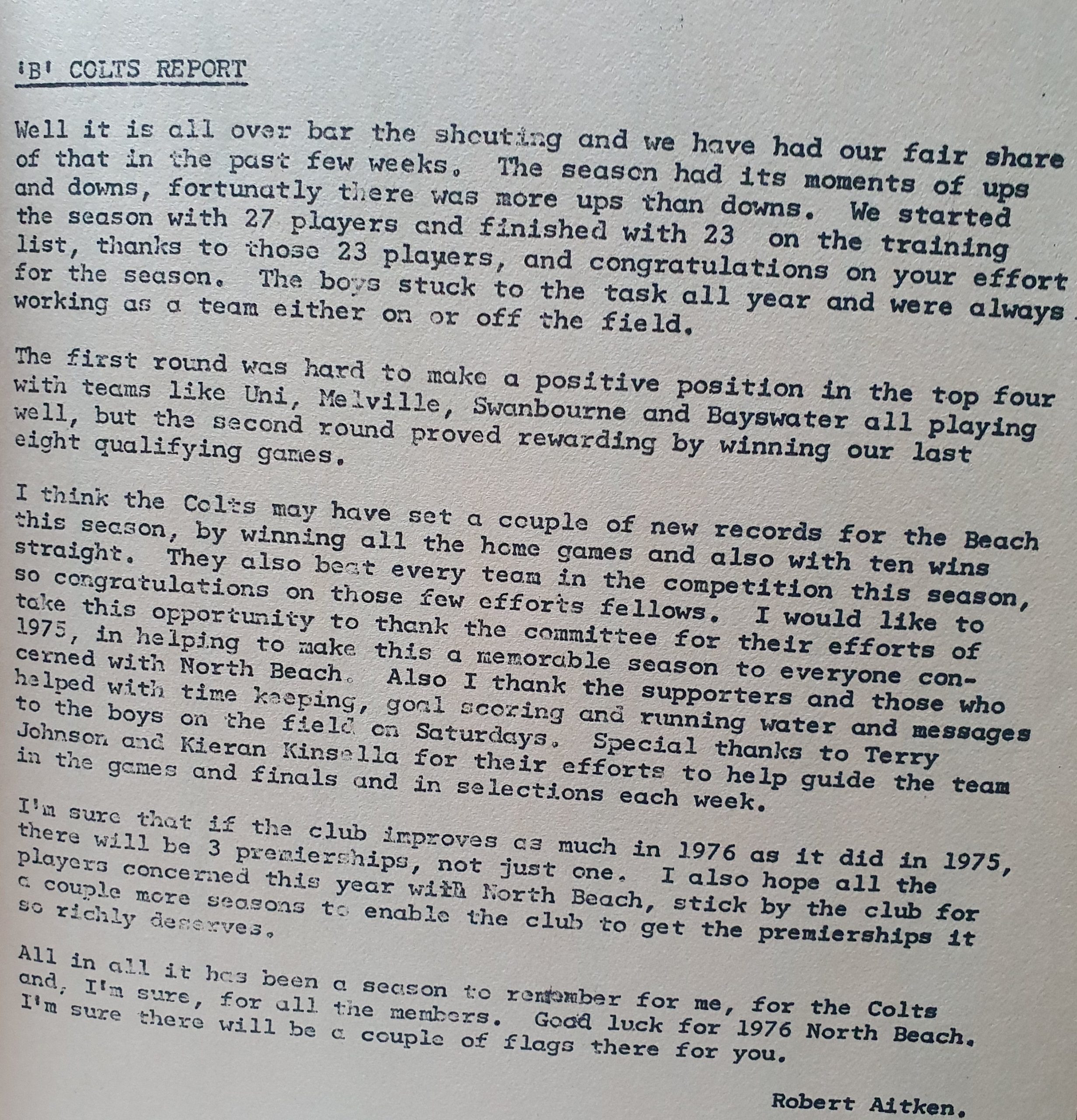