North Beach legend – and West Coast Eagles physiotherapist – Chris “Tex” Perkin knows better than most how to prepare for a looming season, but he’s called on a few friends to pass on additional advice to those of us at community level.

With pre-season training starting this week – albeit at limited numbers and no contact – the insight from Perkin and a host of Eagles stars is timely.

There’s even an appearance from former star forward Quinten Lynch, who continues to see Tex at his physiotherapy business – West Coast Health and High Performance – at its new location at Mineral Resources Park in Victoria Park.

The North Beach faithful will enjoy the back drop to Shuey’s interview – a framed North Beach guernsey recognising the 10 A-Grade premierships that Perkin was a part of at the club.

There are some great tips on training and match preparation and the man who could lay claim to being the best ever at the Beach is also offering a 30 percent discount for any physio session for players, family or members of the North Beach Football Club.

Not only is he a champion of the football club, he is also one of the finest at his craft in Perth. 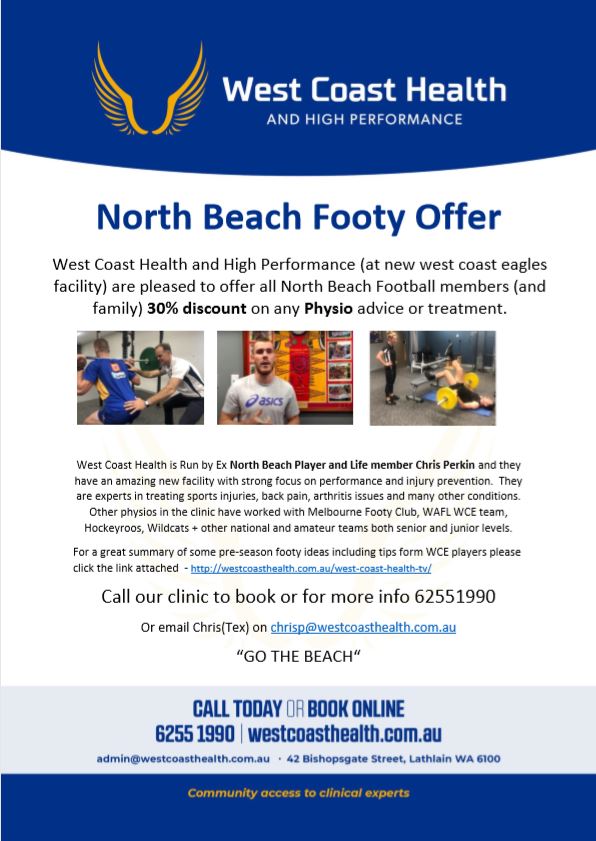